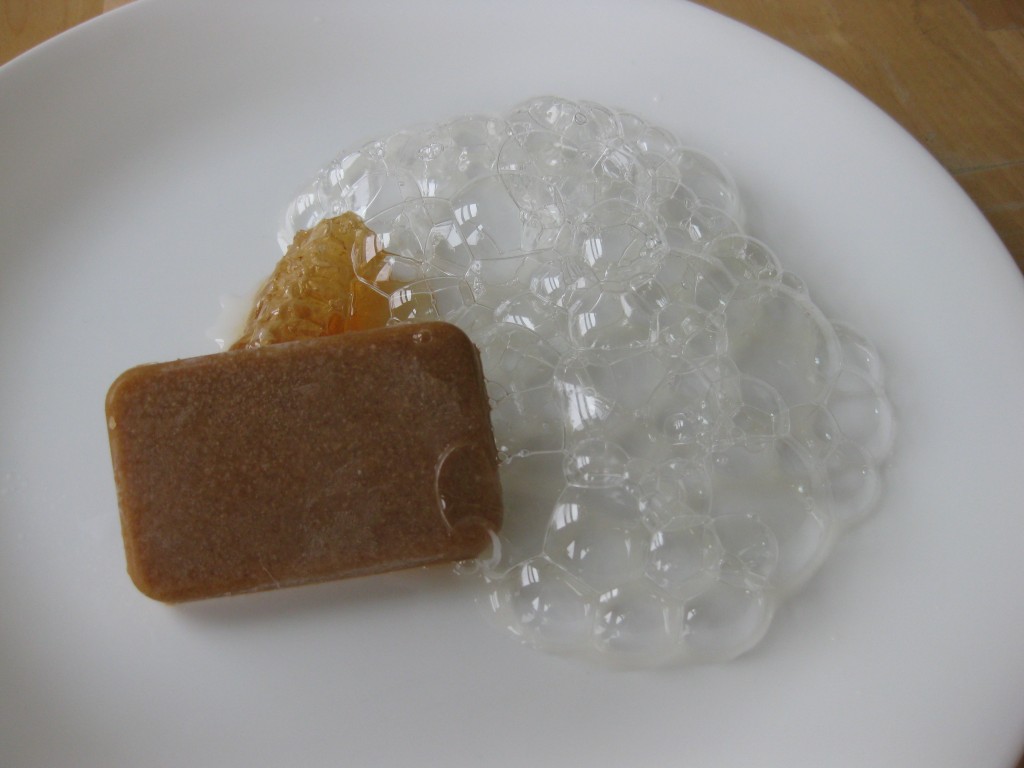 Modernist cuisine is an expensive hobby! The cost of the ingredients and equipment for this single dish is as much as a dinner at a Michelin star restaurant.

I substituted orange blossom honey for wildflower honey because orange blossom honey comes with honeycomb at the produce market where I buy my vegetables. I used the honeycomb in place of the quenelle of oat ice cream Mugaritz serves. Orange blossom honey’s citrus notes should also pair well with the chocolate flavor from the cacao butter. I substituted almond flour for hazelnut flour because it is more versatile in the pantry – more recipes call for almond flour than hazelnut flour and it should pair well with cacao butter and coconut oil. I substituted coconut oil for ham fat because I wanted this to be more sweet than savory – coconut oil is solid at room temperature like ham fat, so it should provide a similar consistency. I substituted canola oil for olive oil because I wanted a flavor neutral oil for the sweet dessert, given how many flavor interactions were already happening.

Begin by browning the AP flour. Sift the flour through a sieve over a baking sheet covered in aluminum foil and bake at 340 F for 20 minutes or until golden brown. Next, combine almond flour, sugar, 3 g of salt, and then whisk it into the warm, browned AP flour. Melt the cacao butter, coconut oil, and canola oil (I used a bain marie at 140 F). Fold it into the flour mixture.

Pour into silicone molds, approximately a quarter of an inch in depth. The soap will resemble the thin bar of soap provided by a hotel rather than the thick bath soap you use at home. Put the molds into the freezer to harden. I did not take any pictures of the assembly process because I was racing to take this photo before the bubbles dissipated. To finish, cut a quenelle-shaped piece of honeycomb and place it in the middle of the plate. Pop the bars of soap out of the silicone mold and lean a bar of soap against the honey comb. Pour the liquid bubble mixture into a bowl, start the aquarium pump, and place the tubing into the bowl to blow bubbles. Garnish the plate with bubbles, serve immediately. Eat the bubbles first, then the bar of soap, and then finish by chewing on the honey comb.

The flour/oil mixture tastes *much* better when it’s a warm paste than when it’s frozen solid. When I tried the paste before freezing it, the flavor of the cacao butter and coconut oil opened up and came in waves, combining with the rich nuttiness of the brown flour. The flavors of the oils were muted in the frozen bar. The modernist cuisine book doesn’t mention anything about the temperature of the soap bar on the plate, so perhaps it would be better to let the bar come up to room temperature or kiss it with a blow torch and heat it to right below the oil’s melting point to unlock the flavor of the oils more.